Fit Life Pursuits is reader-supported and may earn a commission when you purchase through links on our site.

Have you ever tried to do something and failed? I’m pretty sure we all have.

Have you ever tried to lose weight, or tried to start eating healthy, or tried to work out every day only to get frustrated a few months later when it didn’t happen? 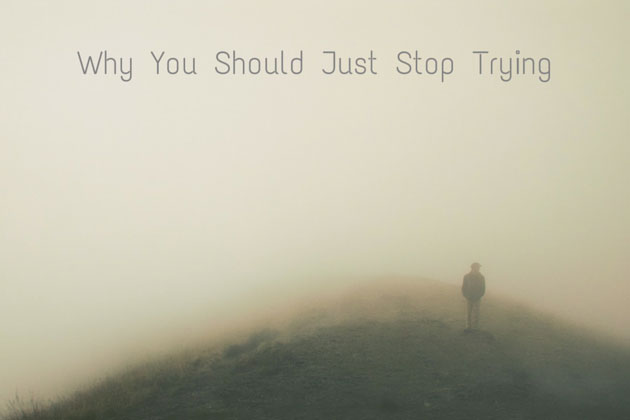 I used to “try” a lot. I’ve always hated to disappoint people and I’m pretty tough on myself. So, I used to use the term “i’ll try” a lot.

“Trying” gives us a way out. It leaves us an excuse for not achieving something. When I was afraid of failure, or I didn’t want to disappoint someone by saying “no”, I would instead say “I’ll try my best”. Then, in case I didn’t succeed, I could always come back to, “well, at least I tried”.

A lot of us use the same “I’ll try” phrase to either appease someone else, or to appease ourselves into thinking we are going to make an effort. But, in all actuality, if you’re going to “try” to do something, you’re not going to do it, because you’re not fully committed. In the words of Yoda “Do or do not. There is no try.” 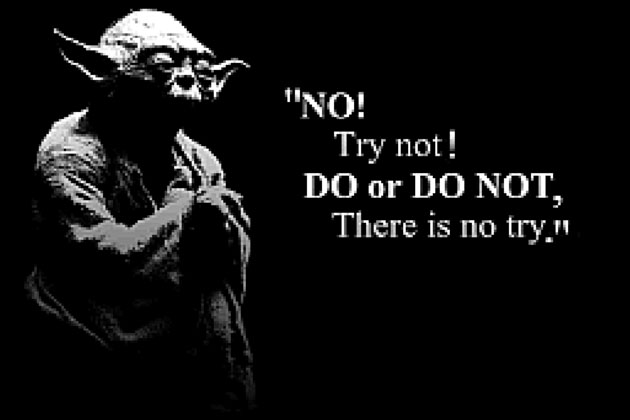 When “try” is a part of your vocabulary, it’s a way of giving yourself an out when you’re afraid of failure. You’ve built in the possibility of failure.

Instead, we need to stop trying and start doing. 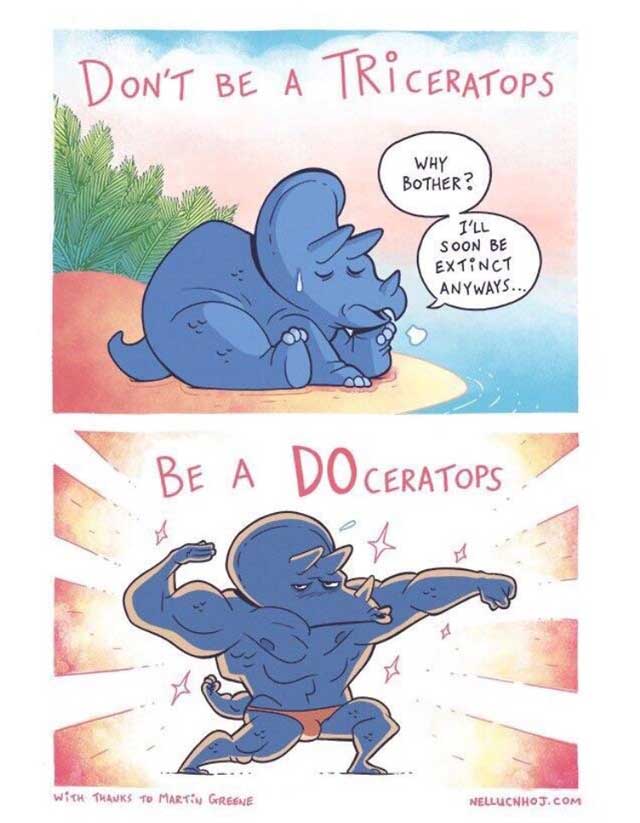 I recently came across a Michael Hyatt podcast on this very subject. He had 3 tips on how to stop trying and start achieving.

Instead of trying to do those things, commit to doing them. The commitment is the thing that will carry you through. Change “I’ll try” to “I will”.

If you’re not willing to stop trying and commit, you don’t really want it.

I Stopped Trying to Quit Drinking Soda and I Did it

One of my worst habits for the past 10 years or so has been drinking soda. I like them all..Coke, Pepsi, Mountain Dew, Dr. Pepper, Sunkist to name my favorites. Several times over the years I have tried to stop drinking them. I’d go without it for about a week and then I’d cave, or I’d try to limit myself to one a week and that didn’t last either.

If you’ve made some resolutions over the years and you’ve given up on them, I encourage you to just stop trying.

So, my question for you is…what are you going to stop trying to do?

Hi there! I’m Lindsey Banks, founder of Fit Life Pursuits, wife, dog mom, outdoor adventurer, and fitness guru currently living in Bradenton, Florida. I am here to challenge you to pursue the healthy, happy, and adventurous lifestyle you want. I hope you will stay awhile! Be sure to sign up below to get free updates from me.